Since I moved to Boston, it has become increasingly clear to me that this city is like no other. It is a big city with a huge sense of community. Nothing has made that more evident than the horrific events that took place yesterday,  April 15, 2013, near the finish line of the Boston Marathon.

There are no words to describe what occurred at the finish line of the Marathon. We can only imagine the thoughts that went through the minds of the terror stricken. “What was intended to be a day of joy and celebration quickly became a day in which running a marathon was of little importance.” ~The Boston Marathon 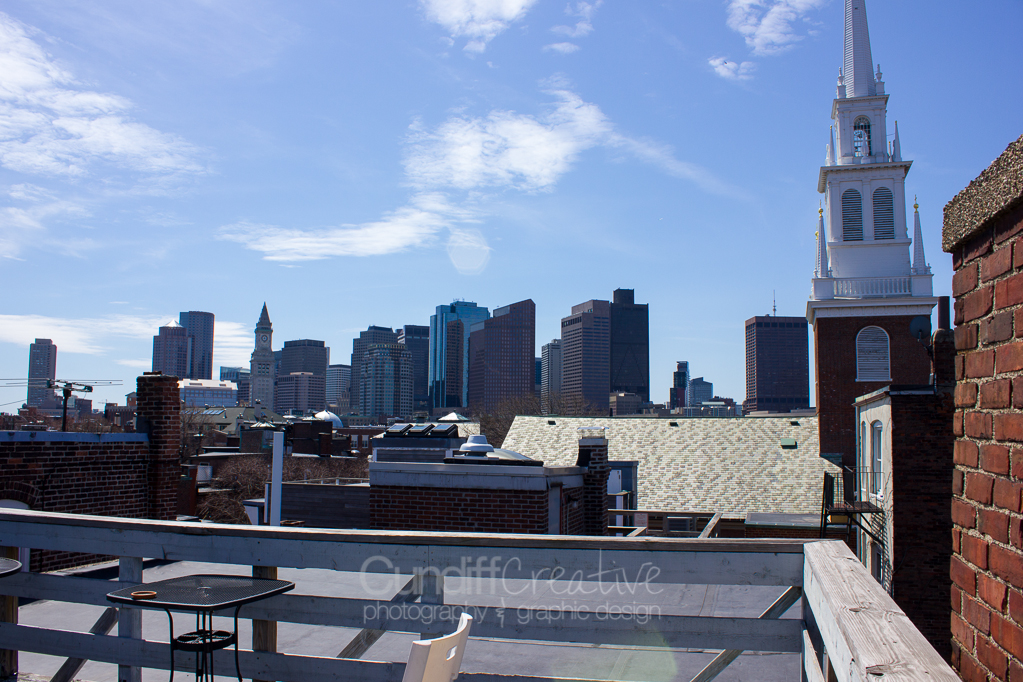 I was finishing up my work day at Fenway when we received word of the first blast. My colleagues and I where shocked. We decided it best to leave work together, knowing that authorities were investigating several other possible explosive devices at the time. Below are photos depicting our long journey home through the blockaded and possibly unsafe city. We left Fenway surrounded by crowds of other shocked Red Sox fans, all unsure of what to do or where to go. 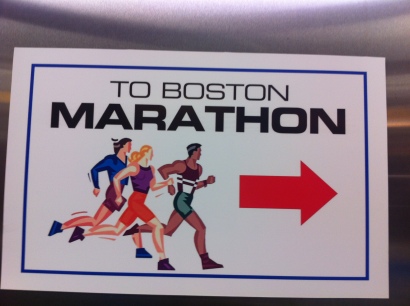 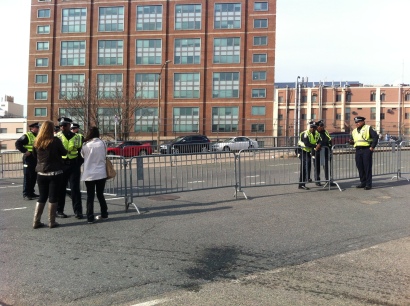 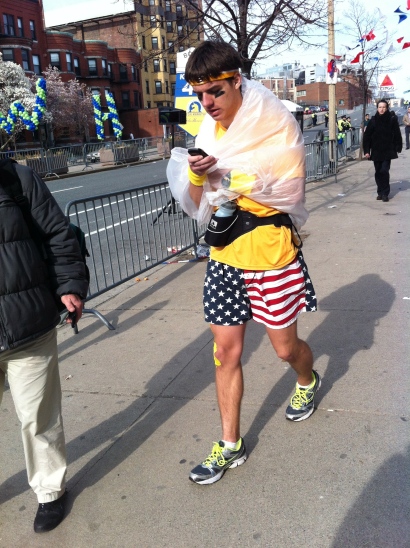 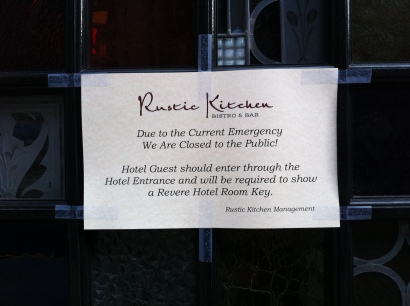 As we attempted to plan our route, we constantly encountered hurdles including the closed subways, road blocks, evacuated sections, and areas that were clearly unsafe. Throughout the city we met marathon runners who were disoriented and clearly exhausted. 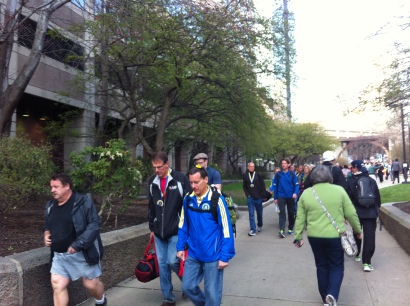 This morning as I sat in my apartment, the sounds of helicopters flying overhead became a constant buzz. Before yesterday, I had become accustomed to the sounds of sirens in the city, but today they have made my heart skip a beat.

I went out again this morning, April 16, 2013, to get a sense of my city after the tragedy. As I walked down Hanover street and headed towards downtown, I sensed something comforting. I wasn’t witnessing sadness or fear; I was seeing a united community. Marathon runners wore their jackets and medallions proudly, families were out enjoying the day, and countless American flags were flying valiantly at half mast. The sights and sounds brought a thoughtful smile to the faces I encountered.

They did not win…whoever THEY are! Boston Strong!! 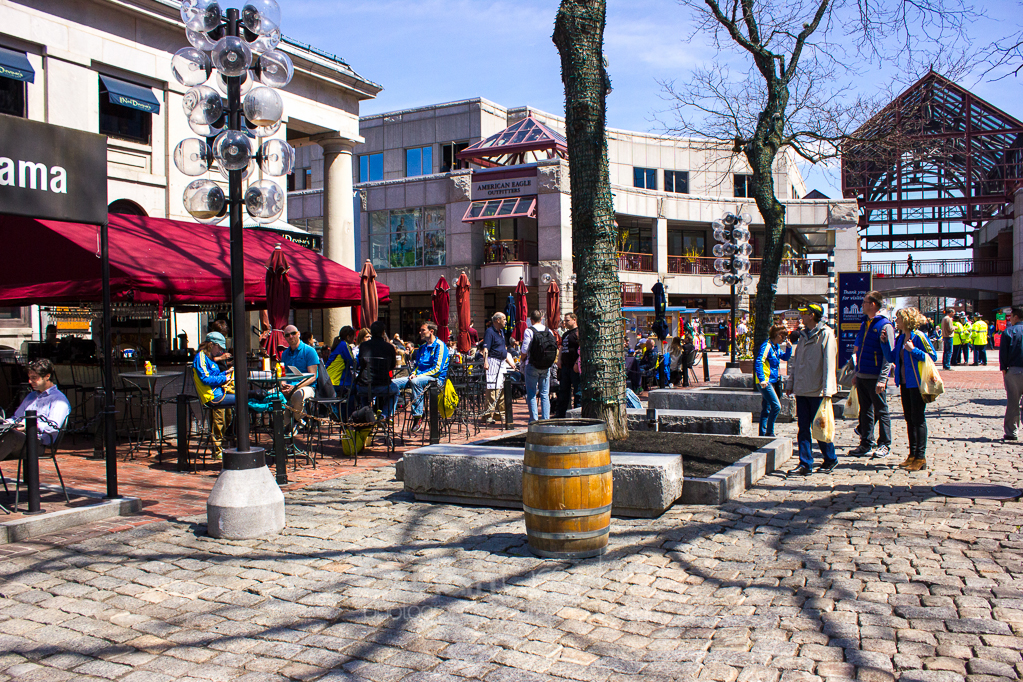 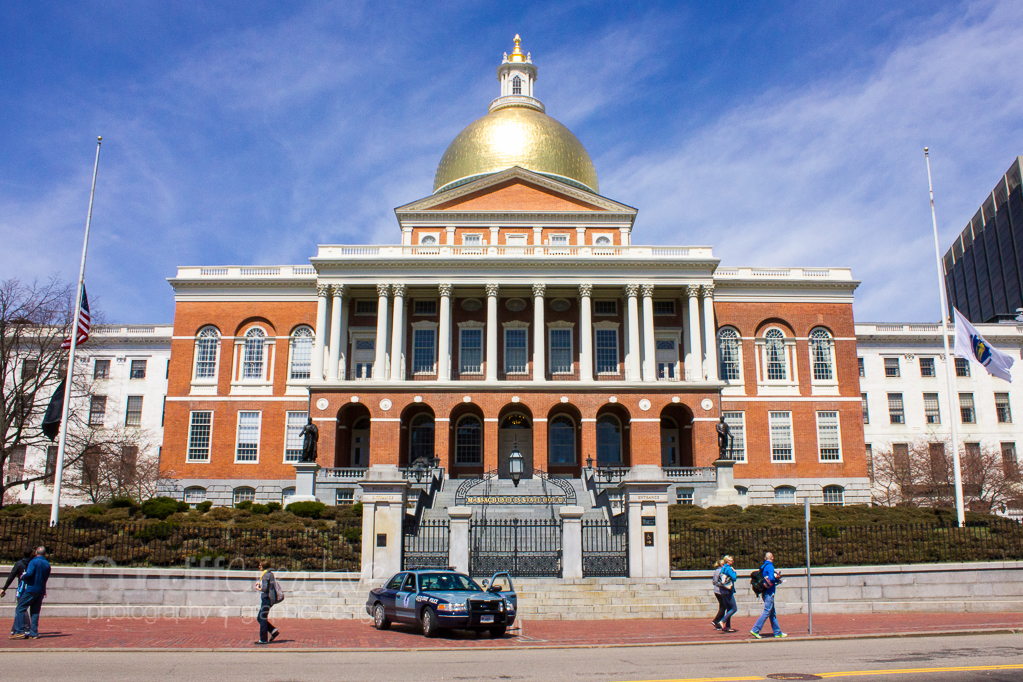 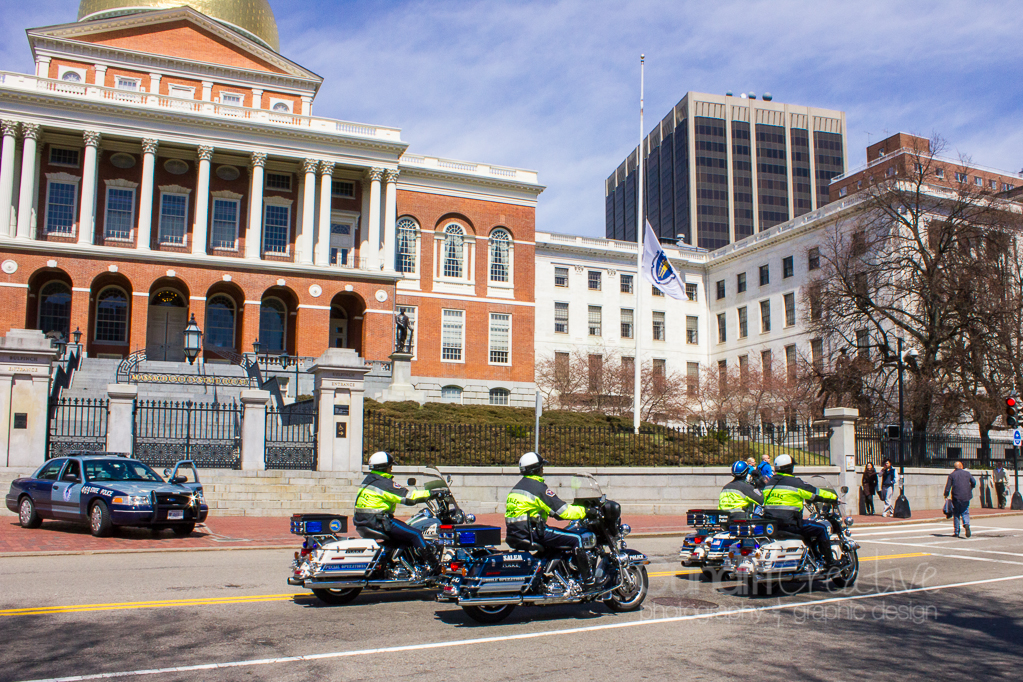 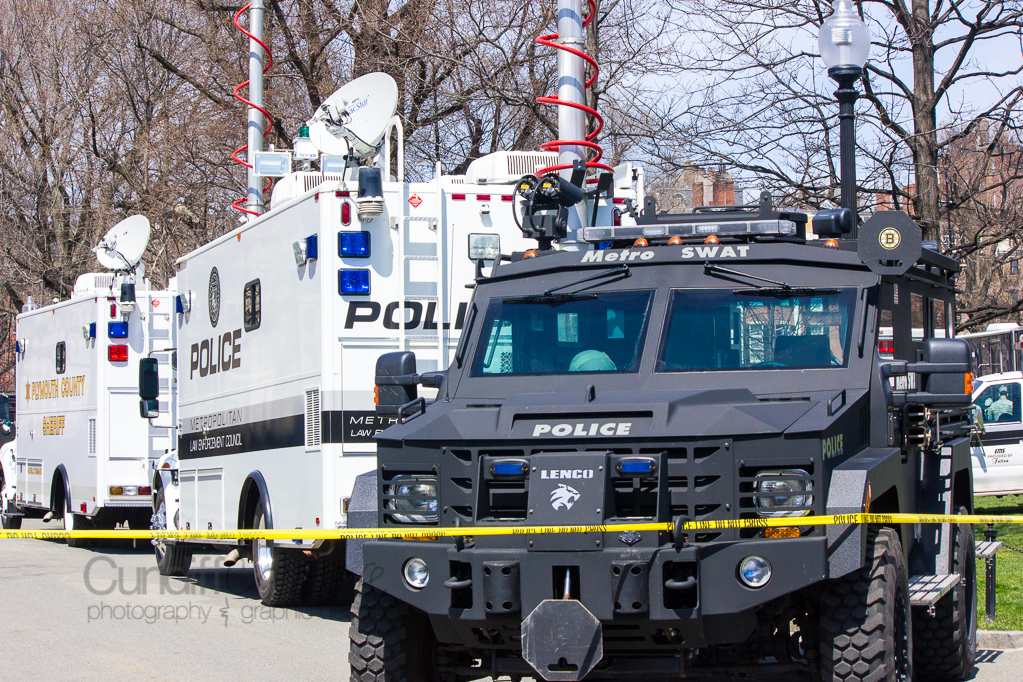 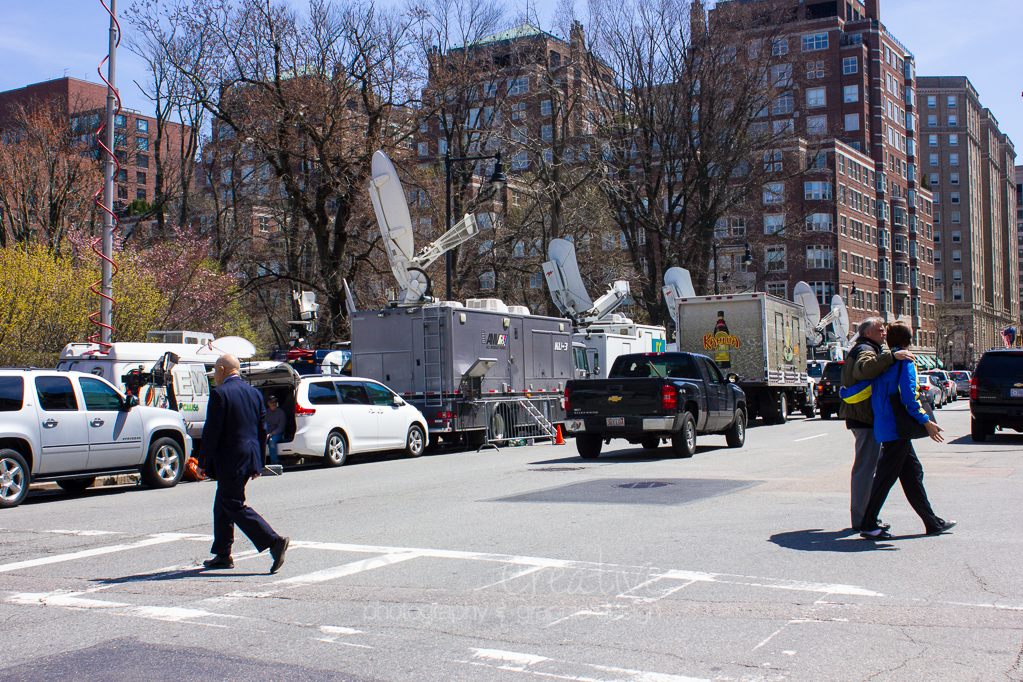 People gathered at the blockade at Boylston and Arlington to pay their respects and photograph the carnage along the marathon route. The finish line is about two blocks down Boylston Street from where these photos were taken. The media set up camp at the edge of the perimeter to interview Marathon participants and cover the story. 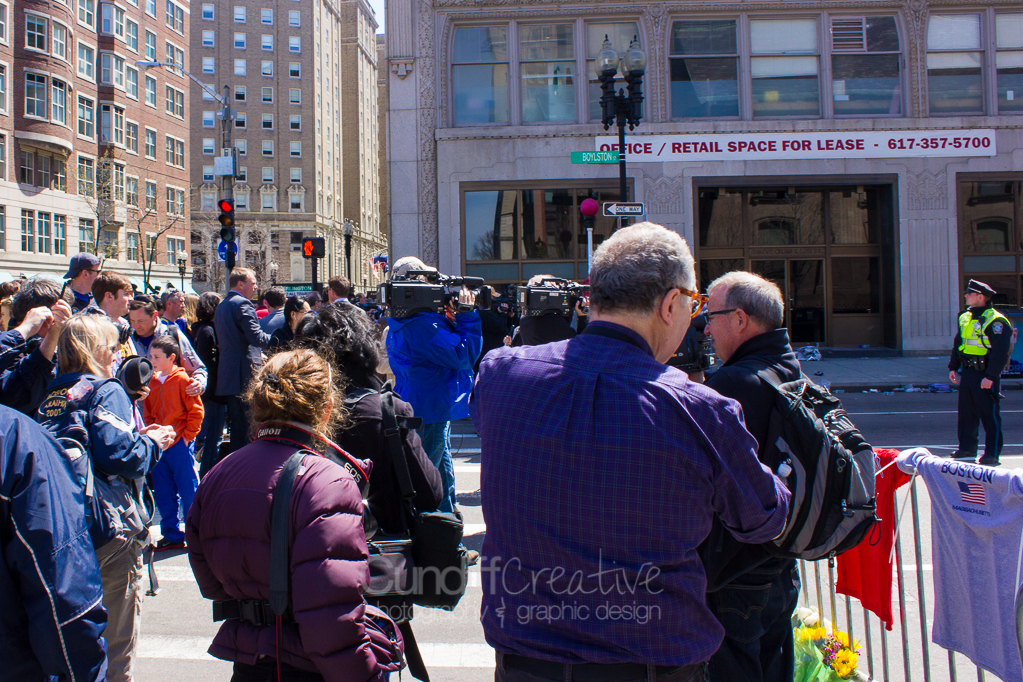 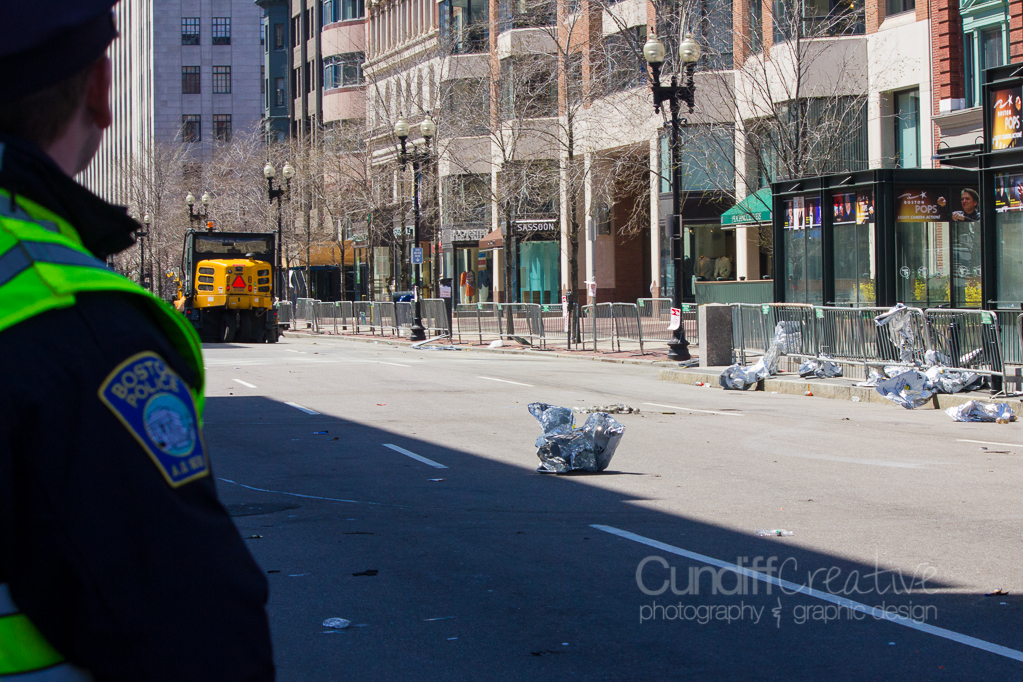 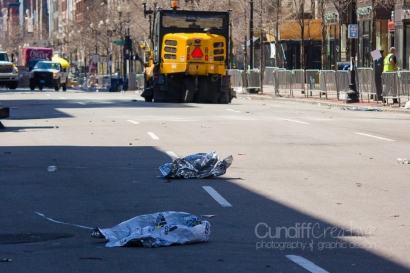 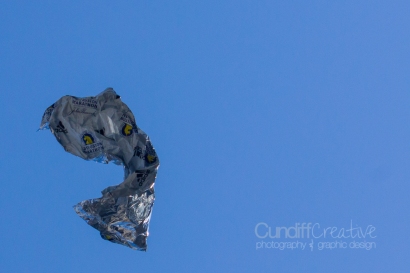 Please do not crop or edit these images.ALL photographs, designs, and text, are licensed by Cundiff Creative Photography and Graphic Design and are not to be used for commercial use or modified. License permits others to copy and distribute my work provided you give Cundiff Creative full credit and follow the above specifications.

This site uses Akismet to reduce spam. Learn how your comment data is processed.